¨The Dekembriana¨ A Lecture on One of the Most Bloody and Polarizing Events in Greece Feb 3, 2018 Portland

Posted on January 23, 2018 by editorOrthodoxNorthwest 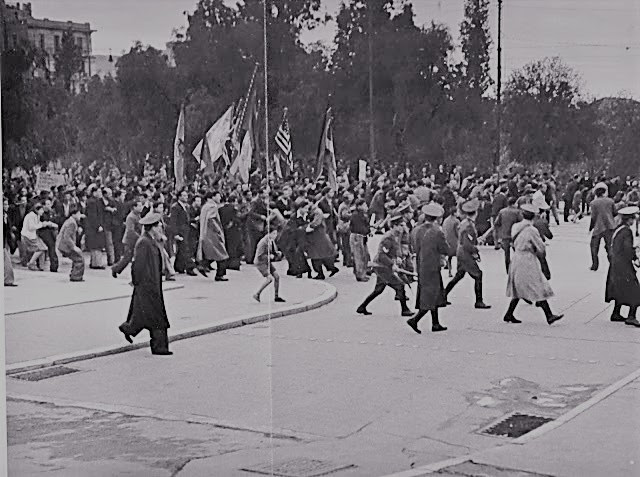 Dr. Anadiotis will talk about one of the bloodiest and most polarizing incidents in the history of 20th century Greece, the period of civil atrocities following the Nazis’ departure from occupied Greece.  The series of clashes in Athens between the Greek left-wing resistance force, and the government and British forces is known as the Dekembriana (Δεκεμβριανα’). It is the ground zero for the Greek Civil war that followed World War II.

An Orthodox Christian, whose interests also include, GO, Square Dancing, hiking, exploring, swimming, kayaking, cooking, history, board games. I am the Editor of OrthodoxNorthwest which I hope benefits readers in the NW. I do post Romanian, Greek and Slavic info but I cannot read any of them - hey, I am an American. Would appreciate hearing from readers of the blog. Χριστός Ανέστη! (Anthony) editorOrthodoxNorthwest@gmail.com
View all posts by editorOrthodoxNorthwest →
This entry was posted in Education, Events, Lectures/Retreats and tagged " December events", 2018, Dr. Anadiotis, Hellenic-American Cultural Museum, Δεκεμβριανα'. Bookmark the permalink.